It has been an AMAZING 10 days infested with so much knowledge and wisdom. I just want to give God all the glory for using the Esther Challenge as a platform to touch many. I thank you all for getting involved as well and sharing your wisdom! Let us remember that God’s word is an anchor that we can always hold onto. God is with our generation, let those that seek Him be the light in the darkness, continue to study and find your identity in His word. 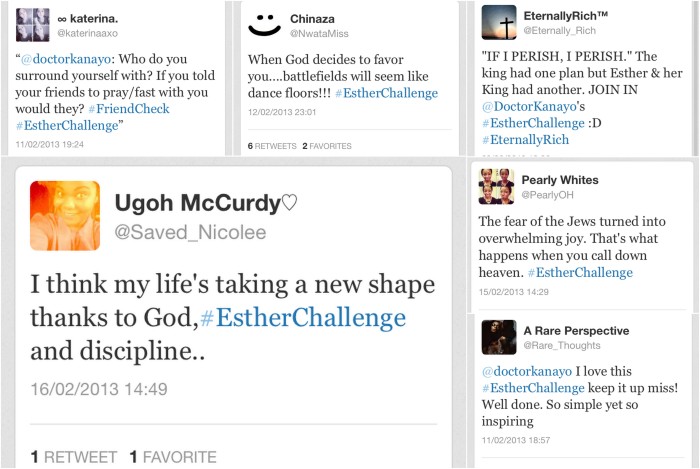 The story ends right where it began, but completely reversed. We have the same king and the same city we started with. But Vashti is no longer queen. Instead, a humble young Jewish girl, Esther is Queen. And proud Haman (Hitler) is no longer second in command, and his plan to annihilate the Jews led to his own destruction. Instead of Haman, the loyal Mordecai was raised up, bringing peace and prosperity to the Persian empire.

So who are you, Haman or Mordecai and Esther? None of us want to be a Haman. And yet we often act like him. Doing whatever it takes to get our plans moved forward, no matter who it hurts. Conniving, scheming, planning, plotting. Doing whatever we need to at work to make sure we get that promotion. Self-centred, revealing pride and arrogance. But as we have seen, pride comes before destruction.

We don’t want to be like that. We want to be like Esther and Mordecai. They simply did what was asked of them. They humbly and courageously went about their business, obeying God and doing what was right. And God, in His own timing and in His own way, raised them up to positions of honour and prominence that nobody could have ever imagined.

God will do that for you too, if you follow His ways, and wait for His timing, and trust Him with your life and your decisions.

That is the lesson of Esther. When God seems absent in your life, keep trusting Him to do what He has promised. If you remain humble and dependent upon Him, dying to self and living for Him, He will raise you up and bring honour and FAVOUR to you like you never imagined. 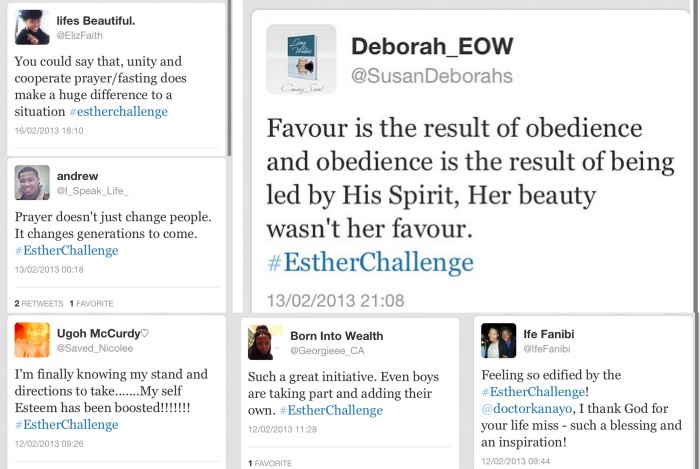 “Some of us are quick to deal with things in the natural when it’s a spiritual battle with both a spiritual victory and natural manifestation.”

– Let me expand on this statement: (Esther 3&4) Haman had a plot to wipe out the Jews, it is correct that Haman was in a prominent position but this position was never going to wipe out the sovereignty of God and His promises. So the ratio was 1: Alpha&Omega. Immediately Mordecai placed sack cloth and ashes (when this was done it usually illustrated humility and a sign of repentance). Thereafter Esther understood that naturally it was impossible to get the decree revoked, unless the hand of God was involved therefore leading her into Prayer and Fasting, it wasn’t her merely denying food but denying self, self strength and total reliance on a God that is all knowing. Sometimes in some situations all we need to do is deny ourselves be humble, seek His face and pray. (NO LONG TING) What can you do? You couldn’t even control the situation occurring so what more can you do? Be still and know He is God!

“Favour was gained when obedience was applied with prayer in faith.”

– Esther’s Favour wasn’t merely because of her beauty; if that was the principal in life then most of us would be much further than we are now. Kingdom favour holds this formula Obedience (+) Death (+) Submission (–) Flesh (%) By the word (+) The Holy Spirit (=) Favour. This is also the formula to knowing God and falling in love with Him, The scripture says

‘Charm is deceitful, and beauty is vain, but a woman who fears the LORD is to be praised (Favoured)’ (Proverbs 31:30).

– The formula above also shapes character and Esther was a woman of Character it’s one thing to be a woman that knows the word and speaks in tongues and knows all the great praise and worships songs but it’s another thing to be a woman that reflects the God she serves in character, speech and conduct. This is what Esther reflected, an all round woman of God, which got her praised in the end for the Lords Glory. Do your Character, Speech and Conduct reflect The Holy God?

Key things in the character of Esther

These were key things that I had found so that we can actually reflect upon doing this challenge, I pray it blesses yall. Bless you Kanayo for being obedient and allowing this opportunity for us to share. – @SusanDeborahs 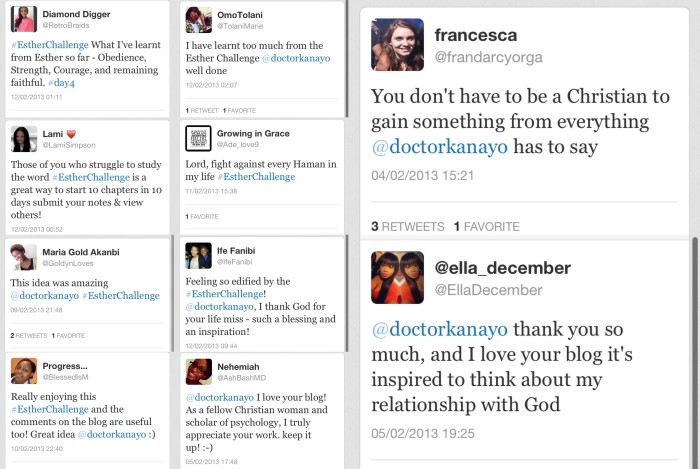 Kanayo is a Multi-award winning, Author and Senior leader in education whose experience ranges from being a Deputy Head of Sixth Form, Head of Psychology and Lead Practitioner. Kanayo believes that these 3 elements are the driving force of her ministry and career. D.I.G; Drive, Integrity and Grace. Having a psychology degree provides me with a broad scope to experience many industries and fields of work. Although, my main aim is to continuously learn and also to share my knowledge and experience with others, within and beyond the constraints of the psychology community. Hence my pursuit to teach! Hopefully, the readers of this blog will find that it is infested with a scope of psychological knowledge, with the intention of conveying psychology in such a way that it is interesting and understandable to those who aren’t studying it as a discipline. In addition, you will find that I heavily cover various topics aside of psychology such as, Christianity because I am a Christian. I draw both passions together, Psychology and Christianity, observing how they complement and sometimes clash! This blog is where ‘Psychology meets Scripture’. As well as teaching Psychology, I know God has called me to do something far greater in this world. My passion is for His Word and to encourage others to read the Bible, fall in love with it, but most importantly…fall in love with The Author! My role of teaching is not limited to psychology. I strongly believe God is stirring up the ‘teacher’ office of the Five fold ministry in me. I’m a doctor by virtue, healing and performing heart surgery with words of encouragement. I am extremely driven and passionate about getting everyone; both Christians and non-Christians to read, understand and live out the word of God. To achieve this, I’ve created online Bible Challenges, whereby people around the world via social media, read a book in the Bible, one chapter a day and share what they have drawn out from the text. I have numerous Bible challenges, all accessible from my blog (www.doctorkanayo.com) and the YouVersion Bible App where over 250,000 people have completed my devotionals around the world. One Bible Challenge at a time, I aim to change the skewed perceptions of the Bible being irrelevant and to show the true reality that the bible is ‘juicy’, tremendously relevant, fun and easy to read. My one prayer is that my teachings and writings from His word, will touch at least ONE person. That would be a serious mission accomplished to the glory of God! If you have anything you would like me to blog about, do let me know by either commenting, or contacting me via my contact form. Thank you for visiting my blog. With love, Kanayo x View all posts by Kanayo Dike-Oduah

One thought on “#EstherChallenge – FINALE (Day 10)” 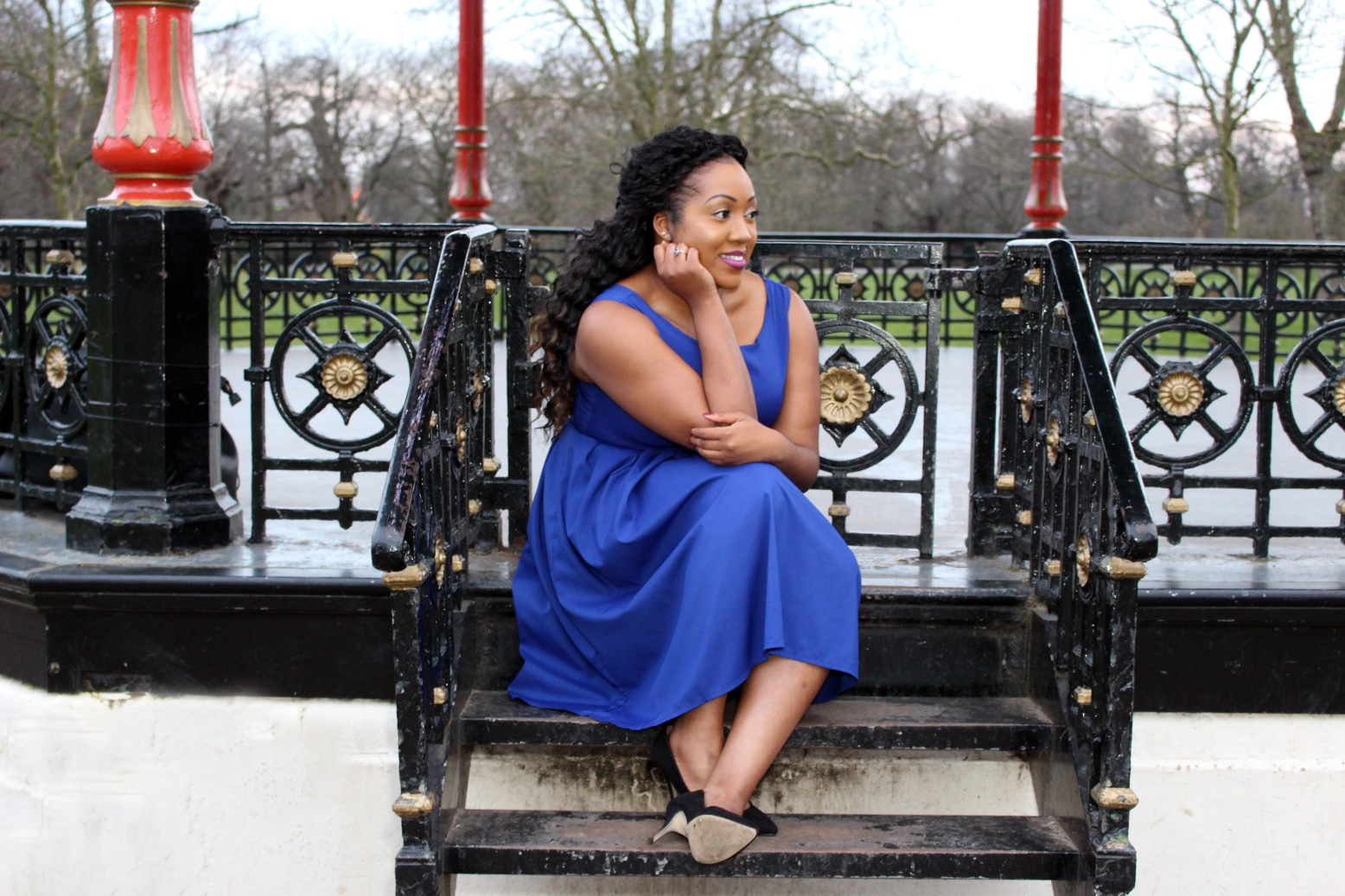 ♥ A Virtuous Woman of substance♥ Extraordinarily Favoured ♥Fearfully and Wonderfully Made ♥ Resilient ♥Passionate About Chasing Impact ♥ In Love With His Word Read more →
Join 21,016 other subscribers